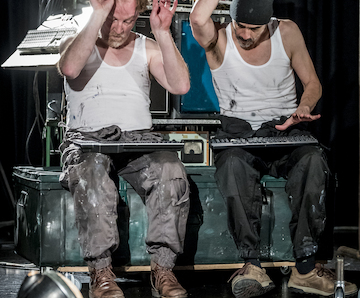 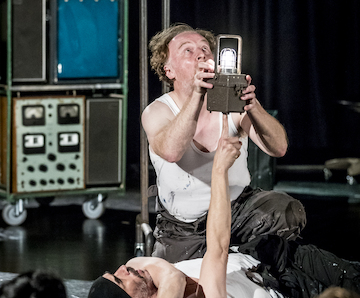 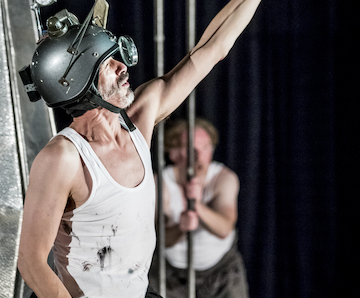 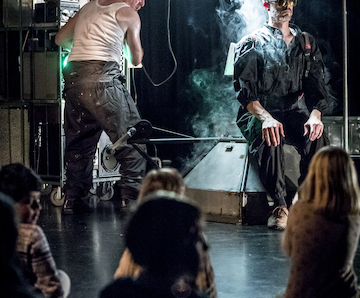 An intimate, physical and poetic performance that balances between comedy and thriller.

Two elderly scientists share a greenhouse full of old machines and mathematical calculations. From this extremely unusual base they have already been in contact with the rest of the universe for several decades. These years of work have resulted in a strangely artistic installation, of which the two gentlemen are themselves a part. But then one day one of them dies. From now on, the one left behind has to manage it all himself. Their ingenious system starts to go wrong. And he misses his companion and his help, his company, but above all his friendship.

Then he decides to fetch his friend back. With his dead colleague at his side, he will look for a way to make everything carry on once again as it had before. But this turns out not to be so simple.

Amen and out is about loss and how to cope with it. About true and close friendship. About the inexhaustible passion to realise the grandest dreams. And about the thin line between genius and lunacy. 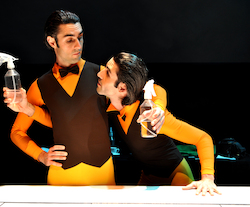 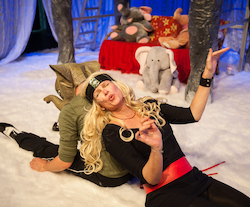