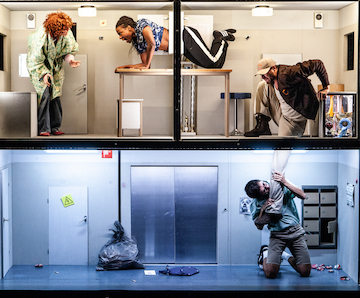 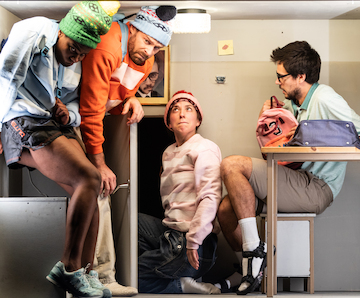 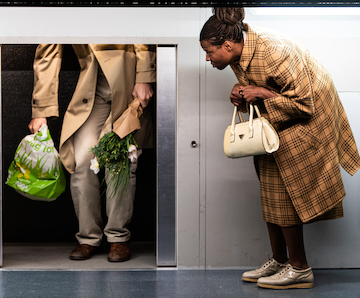 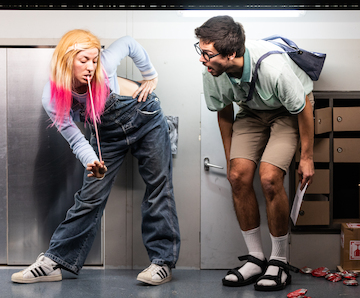 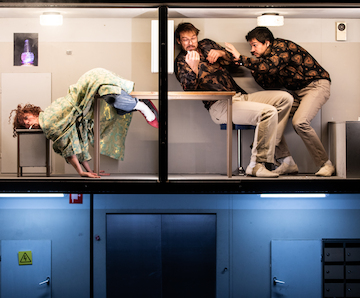 Imagine.
You look right through the walls of a block of flats.
You can spy on the inhabitants.
You see how they live.
Next to each other, but separated by thin walls.
With each other, because the walls have ears. And eyes. And perhaps a nose.
Each inhabitant has his or her habits and rituals.
Each flat has its limitations and irritations – too narrow, too low, too crooked.

And then something happens. Something that disrupts everyday activities.
Something that forces the inhabitants into action and cooperation.
All the doors open. 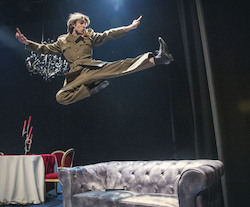 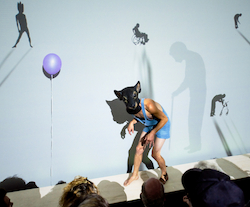