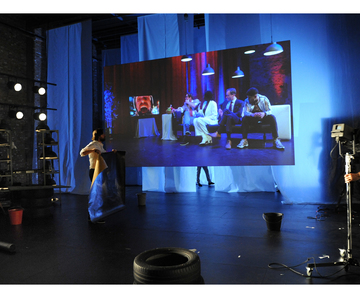 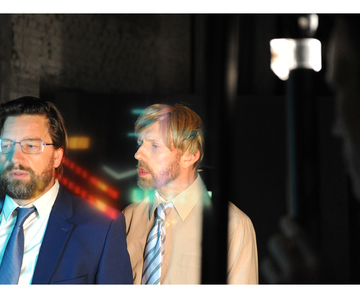 On 23 September 1971, Mario Roymans stows away in the locked Palace of Fine Arts in Brussels. In between two rounds of the night watchman, he cuts Johannes Vermeer’s canvas The Love Letter from its frame. Via the newspapers he demands 200 million Belgian francs, in order to donate it to the victims of famine in former East Pakistan (Bangladesh). Ten days later, after a fairly spectacular chase, Roymans Tussen is apprehended and charged.

LAZARUS and Robbin Rooze join forces in this combination of theatre and film, taking this ‘heroic act’ as their departure point: art theft in aid of a good cause. This exciting story, played out on the knife-edge of fact and fiction, between word and image, poses questions about the actual value of art and the boundaries of good intentions. 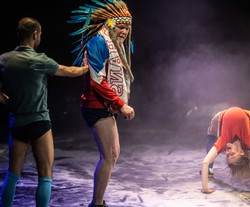