AFTER ALL SPRINGVILLE
LNP 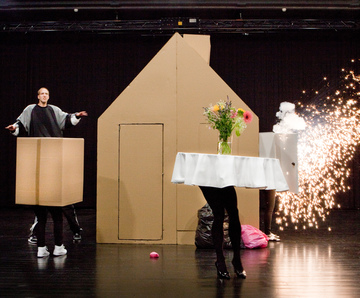 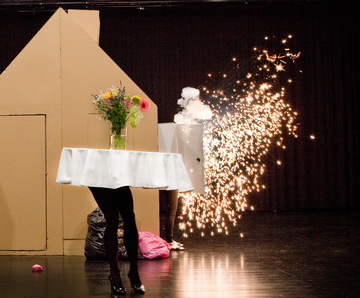 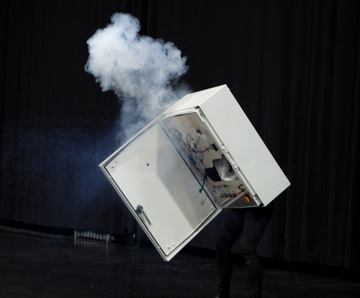 AFTER ALL SPRINGVILLE
LNP

On the stage stands a house. It emits colourful wisps of smoke and shortly afterwards a man in green appears with a rubbish bag in his hand, ready to put it outside. The house is a springboard, a trampoline for the imagination. Are we ready for the leap into the unknown? Are we to witness a surrealistic spectacle or will we (finally!) get to see the underlying reality as it really is, in full view, fragile and blindly hurtful? The house is like a body. It swallows up the visitors through its openings and spits them out again. Strange creatures, half human, half thing, circle around the house. From a human point of view they are not fully developed. Some have arms missing. They can hardly see anything. In their clumsiness they give themselves to the full. Here and now. They sniff around, entice, scream for affection. These characters can be only who or what they are.