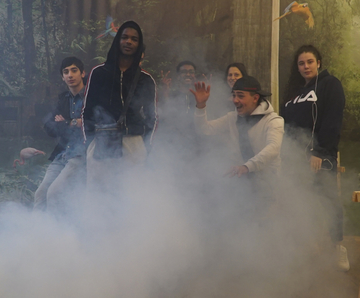 Imagine a world in which we can no longer touch each other. Now imagine that you are a teenager who has to juggle shyness and the hormonal magnetism that your peers exude. Imagine not being able to say what the norm for closeness would be in normal times if the world would have ever been normal.

How close can we risk being near each other? What is at stake? Who decides? And where is love? Continuing the research initiated in 2019, Close Encounters investigates the relation between intimacy, authority, disobedience, and love. A series of intimate conversations is recorded by a group of teenagers. They will share it with a group of unknown adults – the audience – by reenacting them during one-to-one conversations, guided by a prompter's voice.

Why in times of crisis is it so important to wear another ear to listen to the world? Why give weight to 'minor' and often invisible voices, such as those of adolescents? Because after months of alienation that challenged our relational capability, we acutely need a new beginning: humble, poetic, and brutally tender. The new paradigm: augmented intimacy.

In the framework of "Close Encounters" 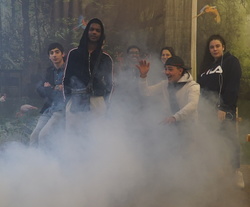