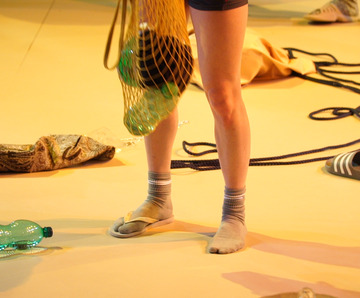 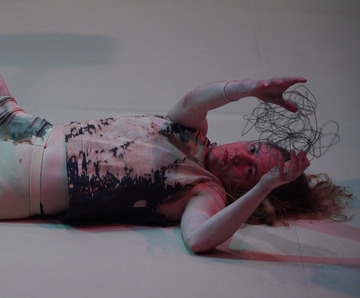 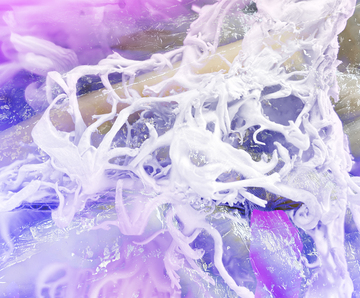 A mold refers to two very different things. It is a type of fungus, belonging to the kingdom of mushrooms, molds and yeasts, but is also a hollow container used for casting specific shapes or patterns. As fungi it functions as a network that grows in ways that seem ungovernable: connecting, colonizing, infecting, digesting, fruiting and producing spores. As a pattern, it is a form that shapes malleable matters. MOLD wants to stage the conflict between the spontaneous proliferation and casting, between two different logics in the same body.

Drawing on a variety of practices – the study of fungi, fashion, fermentation, dance and sculpture - MOLD approaches the theatre machine as a multiplicity of bodies. It strives to stage not only a performance but also a farm, an environment where dance, objects, audience, light, music, scents and costumes interact as living cultures. A garden dedicated to cultivating, abandoning, inoculating, braiding, duplicating, sprouting, warming up and decaying.

• Sara Manente (1978, Venice) studied dance and semiotics before moving to Brussels, where she works as an artist and researcher. Performance, film, text, event, sculpture or telepathic collaboration, her work presumes that all relationships are founded upon noise, as chaotic multiplicity, parasite or background. She has previously presented her work at Kaaistudio's with This Place (2013), a performance that grew out of her collaboration with Marcos Simões. 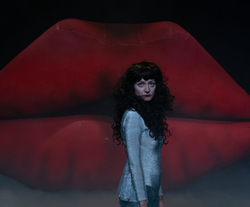 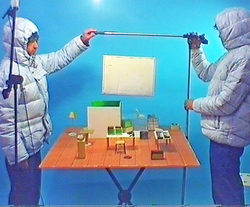